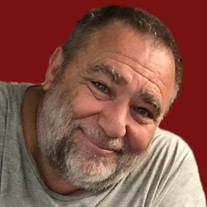 Wayne A. “Butchie” Howard, 67, of Gettysburg, beloved husband of Vicky Eckes Howard, passed away peacefully on Thursday, February 4, 2021 at home surrounded by his family. Born on Tuesday, September 29, 1953 in Baltimore, MD, he was a son of Hall and Ann Howard of Pasadena, MD. Butchie was a very hard worker and owned and operated his business, Howard’s Vending and was later employed by Home Depot. He enjoyed being a softball umpire for many years. In addition to his wife of 37 years, he is survived by four children, Christina Kmieciak of Pittsburgh, Danielle Morris of Myrtle Beach, SC, Ashley Lee of Frederick, MD, Brooke Howard of Gettysburg; eight grandchildren, Abreia and Juda Kmieciak, Eva and Matthew Morris, Windell Lee, Jr., Malique and Nevaeh Lee and Amiyah Robinson. Services will be held privately. Memorial contributions may be made to American Cancer Society, 314 Good Drive, Lancaster, PA 17603.

The family of Wayne A. "Butchie" Howard created this Life Tributes page to make it easy to share your memories.

Send flowers to the Howard family.