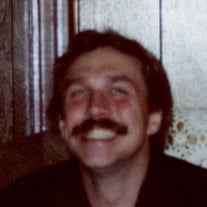 Steven Pless, 55, of Hanover, entered into God’s eternal care on Sunday, December 13, 2020 at UPMC Hanover Hospital. Born on Thursday, January 21, 1965 in Baltimore, MD, he was a son of the late Paul C. Bowen, Sr. and Mildred “Darlene” Nearhood Bowen. Steven attended South Western High School and was a painting contractor. He enjoyed being outdoors and was an avid fan of the Baltimore Orioles and the former Oakland Raiders. Steven is survived by his siblings, Paul Bowen, Jr. and his wife, Vicki, Paula Johnson, Vicki Bowen, all of Wyoming, Edwina Miller and her husband, Randy, both of Hanover, Mildred Shock of Shiremanstown, Sharon Nail and her husband, Mike, of Las Vegas, NV, Annie Gillespie of Shiremanstown, and Thomas Pless of Baltimore, MD; and numerous nieces and nephews. Due to the COVID 19 pandemic, a memorial service will be held at a later date. The family would like to express their sincere appreciation to Dr. Tina Khair for the care shown to Steven during his illness. In lieu of flowers, memorial contributions may be made to a charity of the donor’s choice.

The family of Steven Pless created this Life Tributes page to make it easy to share your memories.

Send flowers to the Pless family.