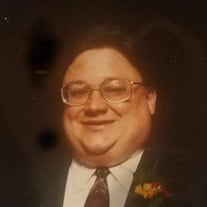 Scott K. Myers, 57, of Hanover, entered into God’s eternal care on Friday, December 4, 2020 at his home. Born on Monday, July 22, 1963 in Hanover, he was a son of the late R. Kenneth and Judith B. Myers. In 1986, he received his Bachelor of Science degree from the Philadelphia College of Pharmacy and Science and subsequently worked with his father at their family’s business, Myers Drug and Medical Equipment Center in Hanover. He was later employed by Weis Markets Pharmacy. Scott was a member of Grace United Church of Christ and was actively involved with the Hanover, Tuscarora and Littlestown Jaycees. He was instrumental in the Hanover Halloween Parade and the Children’s Christmas Shopping Tour for many years. He received the PA Jaycee Presidential Award of Honor, the Jaycee of the Year in Hanover (1989-90), Tuscarora (1999-2000) and Littlestown (2003), and the multiple Gold Chip Awards. He served as a Regional Director, Senator, Past President of the Hanover Jaycees and was a Past Vice President of the PA State Jaycees. He was named an Honorary Member for Life of the Upper Adams Jaycees. Survivors include a sister, Susan L. Nelson of Dillsburg; a brother, David A. Myers and his wife, Michele, of Mars, PA; four nephews, Connor and Dominic Nelson, and Andrew and Daniel Myers; three cousins, Lisa Myers, Jayne Wildasin and Kathy Moseng; and dear friends, Stephanie and Jim Wagner. In addition to his parents, he was preceded in death by his grandmother Mary Berkheimer; aunt, Shirley Sherry; aunt and uncle, Steve and Linda Myers; and his beloved dog, Buddy. Due to the COVID 19 pandemic, a memorial service will be held at a later date. In lieu of flowers, memorial contributions may be made to the York County SPCA, 3159 N. Susquehanna Trail, York, PA 17406.

The family of Scott K. Myers created this Life Tributes page to make it easy to share your memories.

Send flowers to the Myers family.