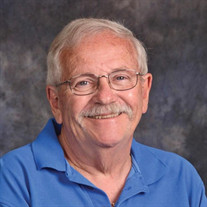 Ronald Vincent Benecke, 74, of Hanover, died on Monday, May 31, 2021 at the Genesis Healthcare-Gettysburg Center following a period of declining health. Born on Wednesday, October 16, 1946 in Queens, NY, he was a son of the late George W. Benecke, Sr. and Marjorie Louise Agnes Zirkel Benecke. He was also preceded in death by a brother, George W. Benecke, Jr. In 1964, he graduated from South Western High School and later attended Western Maryland College, where he was a member of Pi Alpha Alpha fraternity, "The Black and Whites." He spent over 30 years owning and operating Higinbotham Jewelers in Littlestown and Gettysburg. A faithful member of Hanover First Church of God, Ron taught Sunday school and participated in church activities. He loved to ride his BMW R1100R and rode often with the motorcycle group from church that traveled through every state east of the Mississippi River. Ron volunteered many hours as a medicare counselor for Meals on Wheels. He enjoyed playing Suduko and had a passion for classic cars, convertibles, and the music of Aretha Franklin, the Beach Boys and Motown. Gifted with his hands, in addition to designing jewelry, he was also artistic and crafty. He made the world's best pancakes and popcorn. Survivors include his daughter, Lisa Benecke of Hanover; his former wife and friend of almost 50 years, Christine Benecke of McSherrystown; a brother, Dwight Benecke and his wife, Linda of Cherry Hill, NJ; a sister-in-law, Barb Walsh of Coudersport and many nieces and nephews. The funeral will be held at 1 pm Saturday, June 5, 2021 at Hanover First Church of God with Pastors Gary Grecco and Dan Thomas officiating. The family will receive friends from 6 pm to 8 pm Friday at Panebaker Funeral Home, 311 Broadway, Hanover and also one hour prior to the service at the church. Following the service, the family invites friends who ride to escort the casket to the Cremation Care Center in Hanover for Ron's final ride. Memorial contributions may be made in his name to VNA Hospice of Hanover and Spring Grove, 440 Madison Street, Hanover, PA 17331.

Ronald Vincent Benecke, 74, of Hanover, died on Monday, May 31, 2021 at the Genesis Healthcare-Gettysburg Center following a period of declining health. Born on Wednesday, October 16, 1946 in Queens, NY, he was a son of the late George W.... View Obituary & Service Information

The family of Ronald Vincent Benecke created this Life Tributes page to make it easy to share your memories.

Send flowers to the Benecke family.