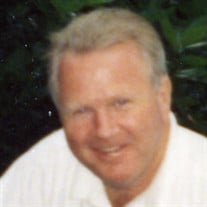 Robert L. “Bob” Myers, 72, of Abbottstown, husband of Brenda Neiderer Myers, entered into God’s eternal care on Tuesday, March 3, 2020 at ManorCare North in York. Born on Wednesday, August 13, 1947 in Harrisburg, he was a son of the late Joseph and Florence Weaver Myers. A graduate of Delone Catholic High School, he later received his Associate’s degree from York College, and was a jewelry sales representative for more than 30 years. Bob was a member of St. Joseph Catholic Church, where he served as an usher for many years, Knights of Columbus, Hanover Republican Club, Globe Club, and was a past president of the Hanover Jaycees. In 1982, he received one of the Outstanding Young Men of America Awards and later served as a Berwick Township Supervisor. He loved to dance and was affectionately known as “Disco Bob”. In addition to his wife of 25 years, he is survived by a nephew, Matthew Myers; his beloved cats and favorite dog, “Lucky”. Following cremation, a memorial service will be held at 2 PM Friday, March 13, 2020 at Panebaker Funeral Home. Burial will follow in the St. Joseph Cemetery. The family will receive friends one hour prior to the service. In lieu of flowers, memorial contributions may be made to Panebaker Funeral Home, 311 Broadway, Hanover, PA 17331.

The family of Robert L. Myers created this Life Tributes page to make it easy to share your memories.

Send flowers to the Myers family.