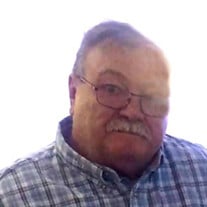 Robert L. “Butch” Little, 80, of Hanover, passed away peacefully on Saturday, April 16, 2022 at his home. Born on Sunday, January 11, 1942 in York, he was a son of the late Fred and Betty Sentz and Joe Little. He was a graduate of Littlestown High School, where he excelled as a guard in football and later played semi-professional football with the Cumberland Colts. After many years of service, Butch retired from the former Hanover Bronze and Aluminum McSherrystown Loyal Order of Moose #720, the McSherrystown and Hanover Home Associations, Harold H. Bair American Legion Post #14, AmVets Post#22, Littlestown Eagles Aerie #2226, and the Littlestown Veterans of Foreign Wars Post #6954. He enjoyed going to his cabin, hunting and fishing. Survivors include two children, Bobbi Jo Warner of Hanover and Troy A. Little of New Oxford; three grandchildren, Jason and Justin Warner, and Kyle Little; three great-grandchildren, Ryan, Nick and Kendall Warner; a brother, Fred L. Sentz and his wife, Sandie, of Hanover; a sister Wanda Goulden and her husband, Carl, of Littlestown; and numerous nieces and nephews. A gathering of family and friends will be from 2 to 4:00 PM Saturday, April 23, 2022 at Panebaker Funeral Home & Cremation Care Center, Inc., 311 Broadway, Hanover. In lieu of flowers, memorial contributions may be made to a charity of the donor’s choice.

The family of Robert L. "Butch" Little created this Life Tributes page to make it easy to share your memories.

Send flowers to the Little family.