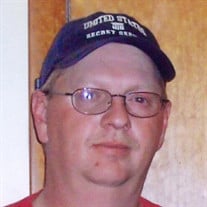 Robert E. “Bob” Warner, 50, of Hanover, died on Monday, March 4, 2019 at York Hospital. Born on Tuesday, July 23, 1968 in Hanover, he was a son of the late Charles E. and Patricia Lovell Warner. He was a 1987 graduate of New Oxford High School. A dedicated firefighter, Bob was a volunteer with the former Midway Fire Company and served as a Deputy Chief for many years before becoming Midway’s Fire Chief. In addition to being a firefighter, he enjoyed fishing at Codorus State Park and was an avid Pittsburgh Steelers fan. Survivors include, three children, Amber Lynn Warner, Derek Edward Warner, both of Hanover, and Marissa Ann Warner of Littlestown; grandchildren, Brayden, Noah, Owen, Sophia and Colwyn; a brother, Wayne Edward Warner and his wife, Jeannie, of Abbottstown; two aunts, Linda Little and her husband, Richard, of Hanover and Janet Vance and her husband, Ray, of Bluefield, VA; an uncle, William Lovell and his wife, Alice, of Glenville; and numerous nieces, nephews and cousins. The funeral will be held at 12 PM Friday, March 8, 2019 at Panebaker Funeral Home, 311 Broadway, Hanover with The Rev. Fred Mummert officiating. Burial will be in St. Paul’s (Dubs) Church Cemetery. The family will receive friends one hour prior to the service. In lieu of flowers, memorial contributions may be made to assist the family with final expenses by visiting their funding site at https://www.tmcfunding.com/search-fundraisers/campaign/3235?layout=single

The family of Robert E. "Bob" Warner created this Life Tributes page to make it easy to share your memories.

Send flowers to the Warner family.