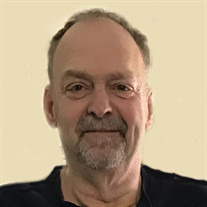 Randal A. “Randy” Hockensmith, 61, of Hanover, passed away peacefully on Sunday, October 21, 2018 at The Gardens at Gettysburg following a courageous battle with cancer. Born on Monday, April 8, 1957 in Hanover, he was a son of Hilda L. Hockensmith of Hanover and the late Donald R. “Don” Hockensmith. A 1975 graduate of South Western High School, he was the owner and operator of Randy’s Foreign and Domestic Car Repair for many years as working on cars was his passion. Randy thoroughly enjoyed boating and spending time on the Susquehanna River. In addition to his mother, survivors include a brother, Ronald Hockensmith of Hanover; a sister, Susan Hockensmith and her spouse, Jackie, of Waldorf, MD; two nieces; a great aunt, Betty Marshall of Hanover; and his beloved Long Haired Chihuahua, Maddie. The family will receive friends at a viewing to be held from 6 to 8 PM on Wednesday, October 24, 2018 at Panebaker Funeral Home, Hanover. A private service and burial will be held at a later date. In lieu of flowers, memorial contributions may be made to the Adams County SPCA, 11 Goldenville Road, Gettysburg, PA 17325.

The family of Randal A. "Randy" Hockensmith created this Life Tributes page to make it easy to share your memories.

Randal A. “Randy” Hockensmith, 61, of Hanover, passed away peacefully...

Send flowers to the Hockensmith family.