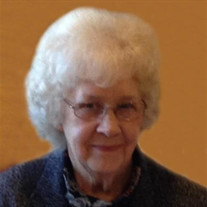 Nancy E. Mummert, 75, of East Berlin, entered into God’s care on Monday, December 3, 2018 at UPMC Pinnacle Harrisburg. Born on Monday, April 26, 1943 in Stanaford, WV, she was a daughter of the late George F. and Eva Mae Hobbs Baber. She was also preceded in death by her husband of 48 years, David L. Mummert, who died in 2012, and several siblings. Along with her husband, they owned and operated Dave’s Auto Sales in East Berlin. She enjoyed sewing, doing crafts of various types, and keeping her mind active with puzzles. Her greatest pleasure was spending time with her grandchildren and great-grandchildren. Survivors include two sons, Dean L. Mummert and his wife, Susan, of Glenville, and Larry L. Mummert and his wife, Melissa, of York Springs; four grandchildren, Lauran Mummert Garza of Glenville, Megan Edelin of Hanover, Hannah Mummert of East Berlin and Corey Mummert of Hanover; seven great-granddaughters; and five siblings, Joseph “Buddy” Baber, Shelby Baber Winebarger, Mike Baber, Naomi “Ruth” Magadieu and Roy Barrett. The funeral will be held at 11 AM Saturday, December 8, 2018 at the Panebaker Funeral Home, 311 Broadway, Hanover with Pastor Don Wolabaugh officiating. Burial will follow in Marburg Memorial Gardens. The family will receive friends at the funeral home one hour prior to the service. In lieu of flowers, memorial contributions may be made to the Harvest Chapel S.O.F.T. Fund, 6947 York Road, Abbottstown, PA 17301.

The family of Nancy E. Mummert created this Life Tributes page to make it easy to share your memories.

Send flowers to the Mummert family.