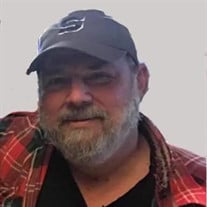 Michael Thomas Weaver, 62, of New Oxford, entered into Gods eternal care on Friday, April 8, 2022 at Wellspan York Hospital. Born on Tuesday, November 17, 1959, he was a son of Francis T. Weaver and the late Helen P. (Orendorff) Weaver. He was also preceded in death by a daughter, Carrie L. Weaver; paternal grandparents, Edward and Ellen (Todt) Weaver; maternal grandparents Augustus and Helen (Sanders) Orendorff. Mike was a 1977 graduate of New Oxford High School, was a machinist at various local companies for over 40 years, and a life member of the New Oxford Social Club. He also enjoyed the creek, fishing, Penn State, the Stone Camp and just hanging with friends. Surviving his memory are one daughter, Kelly A. Weaver and her companion, Clay, of East Berlin; sisters, Barbara Klinedinst and her husband Tom, of New Oxford and Debra Biles and her husband Chris, of York Springs; fiancée, Doris Crandall, of New Oxford; a grandson, Kamerin Michael Weaver, of East Berlin; and many cousins, nieces, nephews, and friends. A celebration of life will be held at a later date.

The family of Michael Thomas Weaver created this Life Tributes page to make it easy to share your memories.

Send flowers to the Weaver family.