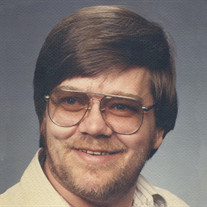 Louis J. “Lou” Davidson, 69, of Hanover, husband of Jenny Wolf Davidson, died suddenly on Monday, December 31, 2018 after a long battle with Lupus. Born on Friday, October 21, 1949, in Baltimore, MD, he was the son of the late Kenneth and Anna Wise Davidson. Lou worked in computer technology for years and was intrigued with robotics and electronics, and enjoyed the current Lego collections. He was an avid fan of the Philadelphia Eagles and was elated to see them win the Super Bowl in 2017. A few of Lou’s favorite pastimes included watching television police shows, “Judge Judy” and “Big Brother”. He adored his grandchildren and great grandchildren. Although his siblings moved away they all stayed in touch and would visit occasionally. Surviving, in addition to his wife of 49 years, is his son, Louie J. Davidson, II and his wife Lauri; four grandchildren, Michael Carroll and his wife Christina, Kelly Carroll, Brittany Reagan and her husband Andrew, and Taylor Fowler; three great-grandchildren, Michael Miles, Landon Nickol and Bentley Getz; five siblings, William, Betty, Anne, Colleen and Lillian. In addition to his parents, he is also preceded in death by one brother, James and one sister, Diane. The family will receive friends on Tuesday, January 8, 2019 from 12 to 2 PM at Panebaker Funeral Home & Cremation Care Center, Inc., 311 Broadway, Hanover. In lieu of flowers, memorial contributions may be made to Panebaker Funeral Home, 311 Broadway, Hanover, PA 17331 to help defray the final expenses.

The family of Louis J. Davidson created this Life Tributes page to make it easy to share your memories.

Send flowers to the Davidson family.