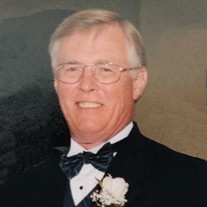 Lawrence John Pennell, 78, of Lancaster, died Saturday, February 20, 2021 at Brethren Village following a courageous battle with Parkinson's disease. Born on Monday, July 20, 1942 in Hamilton, Ontario, Canada, he was a son of the late Alexander John and Helen Bernice Topp Pennell. He was also preceded in death by his former wife, Carole Pennell and his brother Murray Pennell. He was a veteran of the United States Army and spent his career setting up computer systems for companies like IBM and Revlon. His work took him all over the world and he enjoyed traveling to new and unique places. An avid ice hockey fan, he played for semi-pro teams while living in Canada and several leagues when he moved to the United States. He loved to golf and was skilled at bowling. He will be remembered for his great sense of humor and his quick zinging of one liners. He is survived by his three daughters, Kristin Freeman and her husband, Anton of Piscataway, NJ, Jennifer Brownell and her husband, Courtney of Lancaster, PA and Jeanne Schiller and her husband, Jeff of Orlando, FL; seven grandchildren; a brother, Jim Pennell and his wife, Sylvia of Edmonton, Alberta, Canada; a sister, Mary Ellen Pennell of Burlington, Ontario, Canada; a sister-in-law, Cathy Pennell of Chatham, Ontario, Canada and several nieces and nephews. No local services are planned.

The family of Lawrence John Pennell created this Life Tributes page to make it easy to share your memories.

Send flowers to the Pennell family.