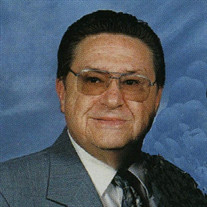 Larry Eugene Stauffer, 81, of Hanover, entered into God’s eternal care on Tuesday, October 13, 2021 at The Haven at Springwood in York. Born on Thursday, November 23, 1939 in Hanover, he was a son of the late Paul A. Stauffer, Sr. and Anna Wyler Stauffer. He was also preceded in death by a brother, Paul A. Stauffer, Jr., daughter-in-law, Wendy Greenholt Stauffer and a brother-in-law, David Leppo. A 1957 graduate of Eichelberger High School, he retired from a career with Hanover Bronze Foundry. He enjoyed his post-retirement employment at SKF, Shultz Foods Co., Hanover Aluminum and Walmart. He was an active member of Trinity United Church of Christ, where he had served on Church Council and sang in the choir. Music filled his soul and he found great joy in singing bass with the Hanover Community Singers as well as playing the clarinet in the Revonah Dutch Band. He also served on the South Western High School Music Boosters. Survivors include two sons, Craig Stauffer and his wife, Monica, of Littlestown and Brian Stauffer and his wife, Pam, of York; five grandchildren, Anna, Ben, Emily, Brayden and Christian Stauffer; three step-grandchildren, Lucas, Giselle and Vivi Eckman; and a sister, Kathryn Leppo of Hanover. A private service will be held. Memorial contributions may be made to the Alzheimer’s Association, 2595 Interstate Drive, Suite 100, Harrisburg, PA 17110.

The family of Larry E. Stauffer created this Life Tributes page to make it easy to share your memories.

Send flowers to the Stauffer family.