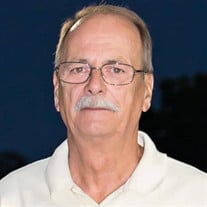 Larry George Koester, 72, of Aiken, SC, beloved husband of Mary Lee Hichew Koester, passed away on Saturday, February 17, 2018 at Aiken Regional Hospital following a brief, aggressive battle with lung cancer. Born on Sunday, January 9, 1946 in Baltimore, MD, he was a son of the late George William and Emma Lillian Sauers Koester. He was also preceded in death by a brother, Donald Koester and a sister, Judith Koester. He was a 1964 graduate of Overlea High School, where he was high school sweethearts with Mary Lee, whom he would marry on June 12, 1965. He was drafted into the United States Army during the Vietnam War and spent time in Germany. He returned to the United States and worked at Bethlehem Steel during the day, and earned his Bachelor's degree in Electrical Engineering at Johns Hopkins during the evening, graduating May 26, 1988. He retired from the steel industry after 45 years in 2010. Gifted with his hands and his mind, Larry was a skilled woodworker, designing and building clocks, chests, cabinets and many other items with a dovetail joint. He loved to read, to volunteer his time at the animal shelters, to play golf and to travel. He had a quick, sarcastic humor that would keep his family and friends guessing. In addition to his wife of 52 years, he is survived by one son, Scott Koester and his wife, Jeanne, of Glen Rock; one daughter, Melissa Robinson and her husband, Ken, of Hanover; five grandchildren, and a sister, Juanita of FL. A private graveside service will be held at Mount Olivet Cemetery, Hanover, with military graveside rites being rendered by Hanover Veterans Honor Guard.

The family of Larry George Koester created this Life Tributes page to make it easy to share your memories.

Send flowers to the Koester family.