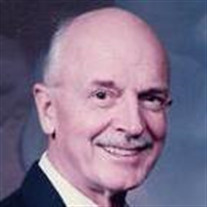 Kenneth W. Shute, retired GS-15 Cryptologist with the National Security Agency (NSA) died April 6, 2018, from pneumonia. Born in South Bend, IN, in 1925, he moved with his family in 1939 to Alexandria, VA, where he attended George Washington High School. Upon graduation in 1943, he was accepted into the V-5 Naval Aviation Cadet training program. Later, when this program was curtailed, he served as an aviation radioman/gunner with the Naval Air Patrol Bombing Squadron VPB-119, based at Clark Air Force Base, Luzon, Philippine Islands. Among other medals awarded for his service were the Distinguished Flying Cross and the Air Medal with two stars. After his honorable discharge from the Navy in 1946, he attended George Washington University, graduating with a bachelor’s degree in Psychology in 1948. It was there that he met his wife-to-be Beverly Berry, who also majored in Psychology. They were married in August 1948. In 1949, he joined a predecessor organization of NSA, continued to work for NSA after it was organized in 1952, and retired from the agency in 1980 after 35 years of credited federal service, 32 of which were with NSA. During his employment with NSA, he worked in the offices of Advanced Analysis (ADVA) and A group. He participated, in a supervisory role and at various times, in the cryptanalytic attacks on systems, and in the collection, analysis and reporting of new and unidentified signals. He served as a tutor for new interns, and in 1975 was named team leader for a special task-analysis study on cryptanalysis. He was board-certified as a Cryptanalyst, a Signals Analyst, and a Collections Officer, and received NSA’s Meritorious Civilian Service Award in May 1980. His last assignment with NSA was as a GS-15 Division Chief in A Group, with a work force of 125 civilian and military personnel, in a round-the-clock machine-processing operation using computer-based, electronic equipment. From 1981 to 1987, following his retirement from NSA in September 1980, he worked as a program analyst for the University of Maryland, Department of Physical Plant. From 1988 to 1991, satisfying his life-long interest in books, he worked as a Library Associate for the Prince Georges County, MD Library System, primarily at the Beltsville, MD branch. He continued to work at the Beltsville Branch Library as a volunteer for several more years. He was active in various civic groups during his residency in Maryland from 1955 on. He worked as a volunteer, with his wife Beverly Shute, for the Colesville, MD Meals-on-Wheels program; served as the President of the Board of Directors for the New Carrolton Swim Club during the construction phase of the pool in 1958; served as President of the Beltsville Junior High School PTA; and in 1986 he served as a volunteer with the Montgomery County, MD Office of Consumer Affairs. His hobbies included family research, writing articles on genealogy and other subjects, providing help to others in their family research, solving puzzles of different kinds, and playing in a senior softball league sponsored by the Montgomery County, MD Recreation Department. He was a member of the Society of Genealogists, London, England; The Somerset and Dorset Family History Society, Taunton, England; and the International Society for British Genealogy and Family History, Salt Lake City, UT. He and his wife were members of the University United Methodist Church, College Park, MD. In 2005 he and Bev moved to Homewood at Plum Creek in Hanover. They were involved in many activities including Wii Bowling, Dart Baseball and Bunco games. They attended the chapel at Homewood. He was active in the Men’s group and he wrote original limericks and puzzles for the monthly newsletter. He is tremendously loved and will be greatly missed by his family and friends. He is survived by his wife of 69 years, Beverly Berry Shute, of Hanover; a son Douglas Shute of Front Royal, VA; a daughter Dr. Valerie Shute of Tallahassee, FL; a daughter Dr. Barbara Shute of Hanover; eleven grandchildren and 18 great-grandchildren. A private service is planned. In lieu of flowers, the family suggests memorial contributions be sent to the Alzheimer's Association, 2595 Interstate Drive – Suite 100, Harrisburg, PA 17110 or the Homewood at Plum Creek Memory Unit, 425 Westminster Avenue, Hanover, PA 17331 or a charity of your choice.

Kenneth W. Shute, retired GS-15 Cryptologist with the National Security Agency (NSA) died April 6, 2018, from pneumonia. Born in South Bend, IN, in 1925, he moved with his family in 1939 to Alexandria, VA, where he attended George Washington... View Obituary & Service Information

The family of Kenneth W. Shute created this Life Tributes page to make it easy to share your memories.

Send flowers to the Shute family.