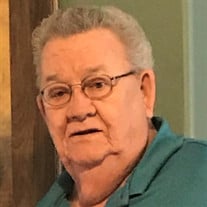 Kenneth W. Forbes, 75, beloved husband of Beverly A. (Starner) Forbes, entered into God’s eternal care on Sunday, January 30, 2022 at Wellspan York Hospital. Born on Friday, July 5, 1946 in Hawkins Co., Tennessee, he was a son of the late David and Myrtle Whitson Forbes. He was also preceded in death by his brother, David Forbes; and two sisters, Phyllis Spaulding and Louise Wonder. Kenneth was a United States Army veteran where he served during the Vietnam War. He was a member of the Veterans of Foreign Wars Post 8896, enjoyed football- especially the Green Bay Packers, and loved his family. Survivors in addition to his wife of 52 years are six children, Kenny Forbes and his wife, Lucille, Matt Forbes, Victoria Martin and her husband, Dean, Sam Forbes and his wife Tracey, Peggy Sensenig and her late husband, Joe, and Connie Kessler; nine grandchildren, five great grandchildren, nine siblings, and numerous nieces and nephews. Burial will be held at the convenience of the family.

The family of Kenneth W. Forbes created this Life Tributes page to make it easy to share your memories.

Send flowers to the Forbes family.