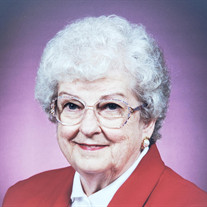 Kathleen G. “Kass” Zartman, 95, of Hanover, passed away peacefully on Tuesday, July 9, 2019 at Homewood at Plum Creek. Born on Monday, February 25, 1924 in Hanover, she was the daughter of the late Robert N. and Grace Reichart Caler. She was also preceded in death by her husband of 52 years, Raymond E. Zartman, who died in 1994; a son, Wayne A. Zartman; and a brother, Marvin Caler. Mrs. Zartman was a member of Trinity United Church of Christ and was a former member of Grace United Church of Christ. She will be remembered for her love of playing Bingo. Survivors include four grandchildren, Patrick Zartman, Anthony Zartman, Paul Zartman and his wife, Elizabeth, and Crista Zartman; and a daughter-in-law, Matilda “Tilly” Zartman of New Oxford. The funeral will be held at 2 PM Friday, July 12, 2019 at Panebaker Funeral Home & Cremation Care Center, Inc., 311 Broadway, Hanover with The Rev. Bonnie J. Whittier officiating. Burial will follow in Rest Haven Cemetery. The family will receive friends at a viewing to be held one hour prior to the service. In lieu of flowers, memorial contributions may be made to Homewood at Plum Creek Benevolence Fund, 425 Westminster Avenue, Hanover, PA 17331.

The family of Kathleen "Kass" Zartman created this Life Tributes page to make it easy to share your memories.

Send flowers to the Zartman family.