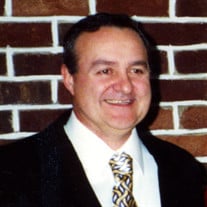 John E. Stevens, 65, of York Springs, loving husband of Deborah A. Stevens, entered into God’s eternal care on Monday, January 6, 2020 at home surrounded by his family after an eight year battle with frontal lobe dementia and prostate cancer. Born on Sunday, April 25, 1954 in McSherrystown, he was a son of the late Donald Frances and Betty Diehl Stevens. He was also preceded in death by two brothers, Robert and James Stevens; and a brother-in-law, Gary Mainhart. A 1973 graduate of Hanover High School, John worked at SKF Industries as a machinist for 40 years before his retirement. He enjoyed spending time outside, especially camping and landscaping. In addition to his wife of 44 years, survivors include two nephews, Todd Mainhart and his wife, Lori, of Dillsburg and Eric Mainhart and his wife, Tara, of Newville; and numerous great-nieces and nephews. Services will be private. In lieu of flowers, memorial contributions may be made to the Adams County SPCA, 11 Goldenville Road, Gettysburg, PA 17325, AsceraCare Hospice, 984 Loucks Road, Suite 1, York, PA 17404 or Alzheimer’s Association, 2595 Interstate Drive, Suite 100, Harrisburg, PA 17110.

The family of John E. Stevens created this Life Tributes page to make it easy to share your memories.

Send flowers to the Stevens family.