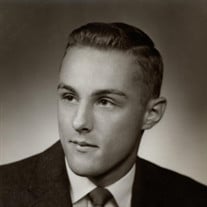 Fred S. Lesher, 79, of Hanover, husband of Norma Little Lesher, passed away peacefully on Wednesday, March 11, 2020 at the Johns Hopkins Cancer Center in Baltimore. Born on Friday, November 8, 1940 in Easton, MD, he was the son of Charles Elmer Lesher and Ruth Elizabeth Sowers Lesher. He served with the US Navy aboard the USS Oriskany and the USS Kearsarge and was a member of St. Mark Lutheran Church. While in high school, Fred formed the combo band, Freddie Lesher and His Swingsters, and later attended the Berklee School of Music in Boston before graduating as an honor student with a Bachelor’s degree in Music from Huron College in South Dakota. He later earned his Master’s degree in Music from Penn State University. In 1970, he began his career as a music teacher at the Emory H. Markle Intermediate School retiring in 1997, and gave private music lessons at Menchey Music for many years. Fred was a member of the Hanover Fraternal Order of Eagles Aerie #1406, Hanover Republican Club, McSherrystown Fish and Game, the Broad Top Area Coal Miners Historical Society and Harold H. Bair American Legion Post #14. He was a life member of the VFW Post # 2506, AmVets Post #22 and the Hanover Home Association. In addition to his wife of 57 years, survivors include two children, Scott A. Lesher and his wife, Deanna, of Hanover and Sheri L. Lesher of Baltimore, MD; and a grandson, Christopher S. Lesher. The funeral will be held at 11 AM Tuesday, March 17, 2020 at Panebaker Funeral Home, 311 Broadway, Hanover with The Rev. Kirk A. Griffin officiating. Burial will follow in Rest Haven Cemetery. The family will receive friends at a viewing to be held from 6 to 8 PM Monday at the funeral home. In lieu of flowers, a fund has been established for South Western middle school students. Contributions may be made to the South Western School District, ATTN Business Office, 225 Bowman Road, Hanover, PA 17331 with the “Fred Lesher Middle School Instrumental Fund” marked on the memo line, or to the Wounded Warrior Project, PO Box 758516, Topeka, KS 66675, or to the York County SPCA, 3159 Susquehanna Trail, York, PA 17402.

Fred S. Lesher, 79, of Hanover, husband of Norma Little Lesher, passed away peacefully on Wednesday, March 11, 2020 at the Johns Hopkins Cancer Center in Baltimore. Born on Friday, November 8, 1940 in Easton, MD, he was the son of Charles Elmer... View Obituary & Service Information

The family of Fred S. Lesher created this Life Tributes page to make it easy to share your memories.

Send flowers to the Lesher family.