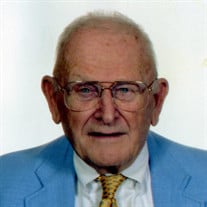 Franklin A. Williams, 88, of Hanover, husband of Elinor I. Jansson Williams, passed away peacefully on Tuesday, September 29, 2020 at Homewood at Plum Creek. Born on Tuesday, December 22, 1931 in Manhattan, New York, he was the son of the late James A. and Bertha A. Williams. He was also preceded in death by a brother, Roger Frederick Williams. Franklin was a 1949 graduate of Christopher Columbus High School in the Bronx, NY and later received his Bachelor of Science degree in Civil Engineering from Norwich University and his Master’s degree in Hydraulic Engineering from South Dakota State University. He served as a Lieutenant Colonel in the US Army with one tour of duty in the Korean War and two tours of duty in the Vietnam War. He retired from the Army in 1975 after 23 years of service as a civil engineer. He was employed as a Borough of Hanover Engineer (1975-77), later worked for Whitman, Requardt & Associates Engineers and Planners in Baltimore and York (1980-96), and served as a Supervisor for West Manheim Township (1999-2012). Franklin was a member of Emmanuel United Church of Christ where he was active with the Consistory, bell and chancel choirs, Patmos Lodge #348 F & AM, was a member and Past President of the West Manheim Township Lions Club, and enjoyed collecting Lionel trains. Surviving, in addition to his wife of 63 years, are four daughters, Christine Irwin and her husband, Jeffrey, of Highland Ranch, CO, Jean Michelle Driscoll and her husband, Matthew, of McMinnville, OR, Wendy Livelsberger and her husband, Phil, of Hanover, and Karen Williams, of Cockeysville, MD; one son, Franklin A. Williams, Jr. and his wife, Heather, of Missouri; and five grandchildren. A memorial service will be held at 10 AM on October 24, 2020 at Emmanuel United Church of Christ,124 Broadway, Hanover. Because of limited capacity in the sanctuary, friends are encouraged to view the livestream of the service online. Visit www.emmanuelucc.org for details. In lieu of flowers, memorial contributions can be made to the West Manheim Twp. Lions Club Scholarship Fund, 114 Kimberly Drive, Hanover, PA 17331.

Franklin A. Williams, 88, of Hanover, husband of Elinor I. Jansson Williams, passed away peacefully on Tuesday, September 29, 2020 at Homewood at Plum Creek. Born on Tuesday, December 22, 1931 in Manhattan, New York, he was the son of the late... View Obituary & Service Information

The family of Franklin A. Williams created this Life Tributes page to make it easy to share your memories.

Franklin A. Williams, 88, of Hanover, husband of Elinor I. Jansson...