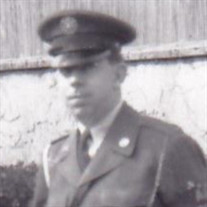 Curtis “Curt” Charlton Williams, Jr., 87, of Hanover, beloved husband of H. Jean Williams, passed away peacefully and entered into God’s eternal care on Sunday, June 6, 2021, at his home with his family by his side. Born on Sunday, June 11, 1933, in Philadelphia, he was the only son of the late Curtis C. Williams, Sr. and Mary Charlotte Williams. A graduate of Haverford High School, Curt continued his education at Lycoming College in Williamsport. He did this after proudly serving his country as a military police officer in the United States Air Force. While attending classes, Curt was a police officer in Wildwood, NJ. He worked many years as an insurance investigator in various communities before his retirement. Curt was active in the Hanover community: a member of First United Methodist Church, the Hanover Elks Lodge BPOE #763 and the American Legion Harold H. Bair Post #14. Curt was an avid reader and outdoorsman, he enjoyed camping, kayaking, attending concerts at Codorus State Park, and frequently participated in ballroom dancing. In addition to his wife of 61 years, survivors include three children, Curtis Charlton Williams, III, and his wife, Susanne, of Cummings, GA, Mary Lynn Weaver and her husband, Dennis, of Littlestown, and Scott Allen Williams and his wife, Angela, of John’s Creek, GA; six grandchildren, Curtis Charlton Williams, IV, Courtney Weaver, Heather Williams, Justin Williams, Neal Weaver and Ryan Williams. A graveside service will be held 1PM Tuesday, July 6, 2021 at Indiantown Gap National Cemetery in Annville, PA, with military honors being rendered by the Joint Base Andrews Honor Guard. In lieu of flowers, memorial contributions may be made to the Hanover Area Fire and Rescue - Clover Lane Station, 204 Clover Lane, Hanover, PA 17331.

The family of Curtis "Curt" Charlton Williams Jr. created this Life Tributes page to make it easy to share your memories.