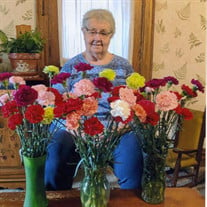 Barbara Ann Butler departed her earthly home on Friday, May 27, 2022 to enter her heavenly home. She was a daughter of Ida M. (Teal) and Evan B. Butler. She was born in Hanover on Friday, April 13, 1951. She was influenced by the strong women in her life- grandmothers Elva M. Butler and Annie E. Teal, and her great-aunt Lillie Wherley. Her mother and father were models for her strong work ethic and sense of honesty and fairness. Barbara was a 1969 graduate of Hanover Public School District and a 1972 graduate of Millersville State College with a Bs in elementary education. She completed her master’s degree from Millersville University in 1976. Barbara taught for 33 and one half years in Hanover Public School District. She began her career at Washington Elementary moved to Penn Street Elementary and then to Eichelberger Middle School. Her last twenty years were spent at Clearview Elementary. Two of her strengths in teaching were her flexibility and in convincing her students what she wanted them to do was really their idea. She was active in the Hanover Education Association as a building representative and Association secretary for many years. Barbara was a lifelong member of St. Bartholomew's United Church, ELCA in Hanover. She was active in teaching Sunday School, singing in the youth and senior choirs, and being a bell ringer in the bell choir. She served on church council and the worship and music committee. She found much comfort and support from her church family. Barbara is survived by her sister, Judy E. Kuhn and her husband, Kimothy of Hanover; a sister-in-law, Debora Butler of Hanover; eight nieces and nephews, Brandi Avery, Stephanie Giggard and her husband, Ken, Joy Butler, Jessica Getz and her husband, Jamie, Kenneth Kuhn and his wife, Stephanie, Kevin Kuhn and his wife, Kelly, Korey Kuhn and his wife, Sonya, and Joshua Kuhn and his companion, Charity Rager; nine great nieces and nephews, Karli Kuhn, Kolbi Kuhn, Hailey Kuhn, Noah Kuhn, Evelyn Kuhn, Sadira Stallings, Brayden Giggard, Carson Giggard, and Mikenna Avery; and a great great nephew, Kyle Myer. She was preceded in death by her brothers, Steven A. Butler and Jeffrey E. Butler. Barbara spent many happy hours with her family members and enjoyed watching them as they grew from childhood to adulthood. She always considered herself the big kid at grandma and grandpa’s house with which they could play and be entertained. A service of celebration will be held on Thursday, June 2, 2022 at St. Bartholomew's United Church, ELCA, 1204 Grand Valley Road, Hanover, PA, 17331 with The Rev. Steven Thomas officiating. Memorial contributions may be made to St. Bartholomew’s United Church.

Barbara Ann Butler departed her earthly home on Friday, May 27, 2022 to enter her heavenly home. She was a daughter of Ida M. (Teal) and Evan B. Butler. She was born in Hanover on Friday, April 13, 1951. She was influenced by the strong women... View Obituary & Service Information

The family of Barbara Ann Butler created this Life Tributes page to make it easy to share your memories.

Barbara Ann Butler departed her earthly home on Friday, May 27,...

Send flowers to the Butler family.