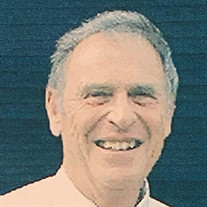 Arthur Lee Reid, Jr.,89, affectionately known as “Brother Reid”, of Littlestown, beloved husband of Virginia Peacock Reid, passed away peacefully and entered into God's eternal care on Tuesday, October 19, 2021 at his home with his family by his side. Born on Saturday, December 19, 1931 in Fort Worth, TX, he was the son of the late Arthur Lee Reid, Sr. and Frances Philetus Shannon Reid, and the step-son of the late Alma Reid. He was also preceded in death by his first wife of 45 years, Fern Ella Wing Reid, who died in 2000; a granddaughter, Crystal Rose Reid; and two great-grandchildren, Levi Thomas Grubbs and Hayden Joseph Mullins. A proud United States Marine Corps veteran, he attended Stephen F. Austin High School in Houston, TX, and received a Bachelor's degree in Electrical Engineering from the University of Houston in 1956 and a Bachelor’s degree in Computer Science from Utah State University in 1974 and enjoyed a long career with the National Security Agency as an Electrical Engineer. Through his work with the NSA, Arthur was able to travel extensively throughout the world, including living in England for 11 years. Following his retirement, Arthur worked on the electrical grid throughout the world with his dear friend, Charles Titus. A humble man, Arthur loved being a missionary and sharing his passion for Jesus Christ with others and recording his family’s history. In addition to his wife of 20 years, he is survived by six children, Claudia Rose Reid Chandler, and her husband the late Lee Chandler, Thomas Arthur Reid and his wife, Ruth, Carol Ann Reid, Peggy Lynn Ottomano and her husband, Daniel, Debra Lee Drobisch and her husband, Carl, Joan Elizabeth DeLapp and her husband, Michael, and Linda Susan Nye and her husband, Steve; six step-children, Sally Love Simpson and her husband, Steven Lee, Catherine Marie Thompson and her husband, David, Leo Nelson Nims, III, and his wife, Mary, Laura Virginia Annan and her husband, Buddy, Robert Moody Nims and his wife, Leslie, and Barbara Eileen Hudson and her husband, John; many grandchildren and great-grandchildren. The funeral will be held at 11AM on Friday, October 22, 2021 at The Church of Jesus Christ of Latter-day Saints, 1170 Kohler Mill Road in New Oxford. Burial will follow in Mount Olivet Cemetery in Hanover. In lieu of flowers, memorial contributions may be made to the Adams Rescue Mission, 2515 York Rd, Gettysburg, PA 17325.

The family of Arthur Lee Reid Jr. created this Life Tributes page to make it easy to share your memories.

Send flowers to the Reid family.